In speaking about the current administration’s interpretation of immigration and border control policies to mean that it is legal and appropriate to separate children from their parents, a woman said to me, “I don’t believe this. This is not who we are.”

I understood what she was saying, but I wholeheartedly disagreed.   This is who America is.  We have been “this” for the entire history of my ancestor’s presence in this country.  American slave holders  separated black children from parents and sold those children off in front of their parent’s eyes for over two centuries.  That’s just an example of who American has been.  Pay attention to the lived experienced of other marginalized people in this country.  They have stories that affirm this is who America is and has been for centuries.

Just because “this” is who America has been does not mean that “this” is what America will always be.  We don’t have to be this way.  America can grow up.

While I appreciate the many right-wing, right leaning and other religious leaders who have condemned this interpretation of policy, for some of them – not all – their condemnations ring hollow.  Some of them hailed the election that brought this president into office.  They championed this  administration’s dismantling of protections and safety nets programs for poor Americans. They were and are silent about this president’s global shenanigans.

Yet all of these issues are fundamentally connected.  You can’t condemn hatred and violence in one place while you ignore it or condone it in another.  You can’t say that separating children from their parents at the borders is “anti-family” while you close your eyes to the harassment experienced by children who speak against American gun policies. You can’t nuance child-harming policies because the real Jesus – the one whose family fled the massacre of children and escaped to Egypt because shoring up King Herod’s insecurities became domestic policy; the one who restored a son’s life to a widow; the one who warned of the consequences of thwarting the lives of children — that Jesus said so.

In a harkening back to the theologies that served to undergird the American institution of slavery, Attorney General Sessions has been quoting Paul. Quite frankly, ain’t nobody asked Paul nothing.  I agree with Howard Thurman’s formerly enslaved grandmother who believed that Paul was not to be consulted on some matters of liberation.  Listen to Jesus.

I’m heartened by the statements from religious leaders. I really am.  It’s something. At least.  More than statements – that the likes of AG Sessions is not reading — what is needed is for religious leaders to gather up the shards of lives scattered about in the wake of the tanks that came before this border evil.  Put your bodies on the line. Educate your members.  (If this is your conviction, put your canons where your mouth is.)  Do something. Or – shut up with your version of useless “thoughts and prayers.”

And – Attorney General Sessions is a United Methodist.  Here’s a word from his bishops.

The history of America being America:

Some years ago, I was fortunate to serve as the Executive Director of Girls Inc. of NYC. It was an amazing experience. I am forever changed by the girls I met and the women who stood with me.

We did a project once where girls in our programs shared their stories of origin. They talked about their dreams for the future. I love the little publication that resulted from that project. I wrote something to introduce that project and reading my own words again after all of these years reminded me of my commitment to the struggle. Every now and then, we all need to be reminded why we signed up to fight.
What are you from?
Why are you in the fight?
Where are you going next?
Here is what I wrote for them many moons ago…
WHERE I’M FROM
I stand on a history that gave me
ground to grow in spite of
growing up in Newark, NJ —
the sixth of seven children born
to a single mother
who worked two jobs and still needed
public assistance to make ends meet….
I stand on a conviction that gave me
hope in spite of a community holding
low or no expectations
dreaming small dreams
rendering little girls invisible —
boxed in by bold black lines with reinforced corners
by the message of the day: “you can only reach as far as those around you.”
WHERE I’M GOING
Deeper into the thick of the fight
grateful and humbled by the opportunity
to actively push a course of action
that ensures higher expectations
greater, more vibrant visibility
and shattered boxes
by the sheer force of a new message – the truth:
“You, little girl, can reach as far as you can dream – and then some.” 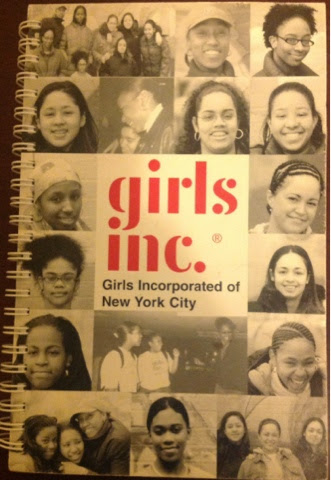 Without comment.
Delight.
Joy.
Such a beautifully written book by Dr. Yolanda Pierce....
The went to the tomb bearing what they needed to bury a dead man in a borrowed tomb. They left the tomb carrying the words of Life.
Update: I purchased a new pair of glasses AND I have stapled them to my face AND shackled them around my neck with a fancy chain. We’ll see how this goes....
Loading Comments...
Comment
×
<span>%d</span> bloggers like this: